Interest rates fell approximately a half a point in the weeks following Ben Bernanke's announcement in late September that the Fed would continue their pace of bond purchases. This purchasing of bonds has acted as a stimulus package for the housing industry as it has kept mortgage interest rates at historic lows. However, rates over the last few weeks are again inching upward.

There currently is a window of opportunity for you to still get a sub-5% interest rate. This opportunity is expected to disappear in the very near future as most experts expect the Fed to taper the bond purchasers in December.

Even Ben Bernanke, Chairman of the Fed, suggested that the Fed could still scale back the stimulus this year. He stated: "If the data confirms our basic outlook, then we could move later this year."

Here is an example of how an increase of 1% could impact YOU as a buyer: 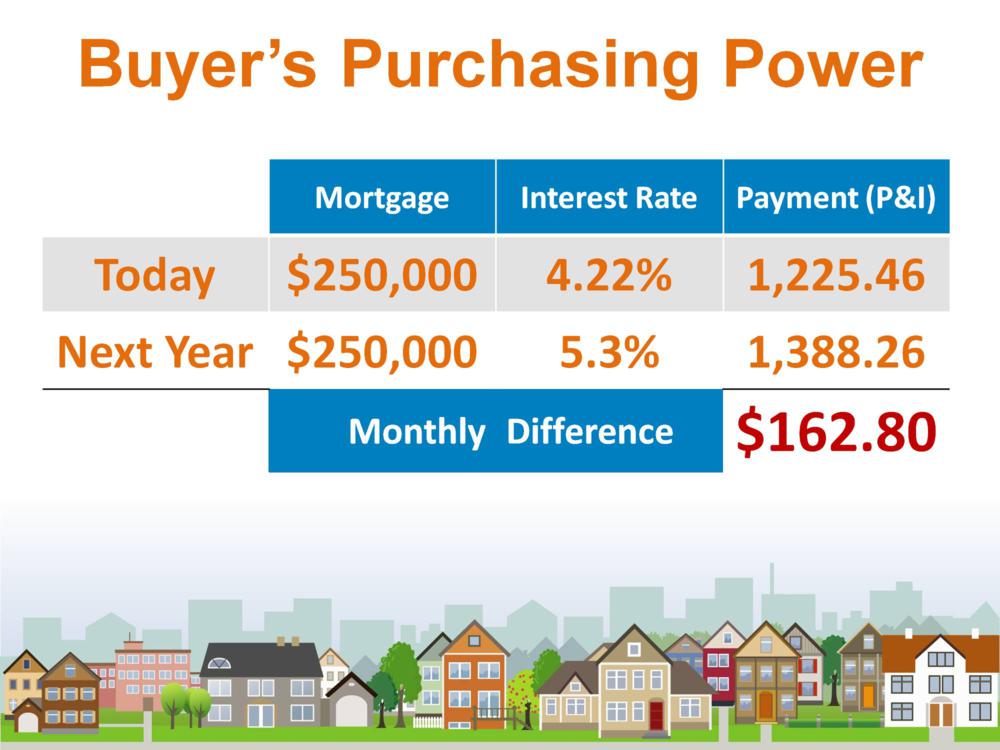